Downward Spiral is the seventh episode of the first season of 666 Park Avenue. It aired on November 11, 2012 and attracted 4 million viewers.

Henry's political career continues to rise when he receives a special commendation from the Mayor for his heroic actions. However his exultation is tempered by Jane's ever-changing mood about staying at The Drake, where she no longer feels safe. Meanwhile, Jane discovers that both Nona and her missing grandmother, Lottie Clark, have mysterious connections to the building, while Brian determines that Alexis has been duplicitous when it comes to Louise and her "affair" with Dr. Evans. Back at the hospital, the good doctor learns the unethical terms of his payback to Gavin in exchange for his help. Finally, Jane and Nona discover one of The Drake's ultimate secrets as they search for Lottie - a secret that will change Jane's life forever. 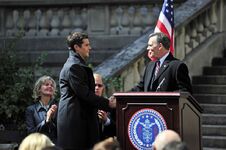 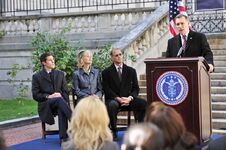 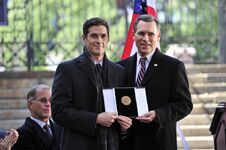 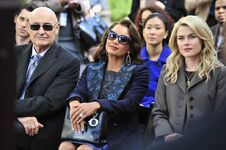 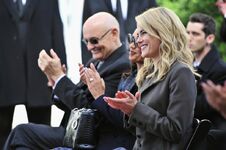 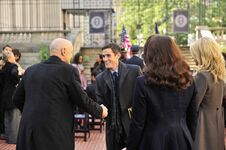 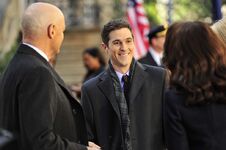 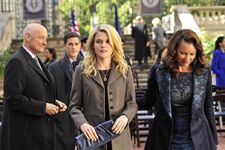 Add a photo to this gallery
Retrieved from "https://666parkavenue.fandom.com/wiki/Downward_Spiral?oldid=4609"
Community content is available under CC-BY-SA unless otherwise noted.